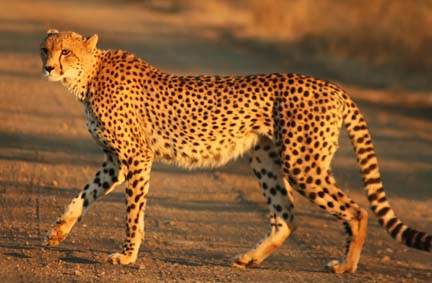 The world's fastest animal, the cheetah, died in India 70 years ago. These days a new project is trying to bring cheetahs back to India. Eight animals were let loose in Kuno National Park last week.

Long ago, Asiatic cheetahs roamed all over India. But by 1952 they were declared extinct. One of the main reasons was that most of their natural land was occupied by humans. Cheetahs were also commonly hunted for their spotted skins.